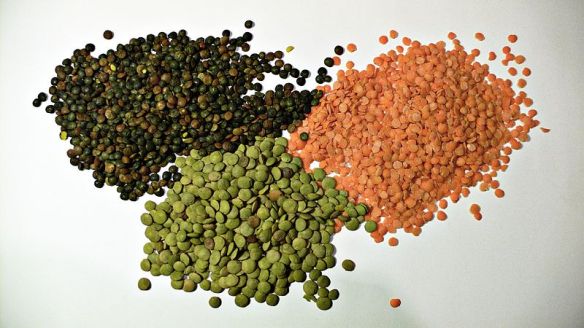 The lentil is a bushy annual plant grown for its edible seeds. Lentils have been part of the human diet since Neolithic times, being one of the first crops domesticated in the Near East. Lentils are an essential source of inexpensive protein in many parts of the world. Health magazine has selected lentils as one of the five healthiest foods. The ancient practice of hand weeding lentils is no longer practical.

“Lentil is among few legume species adapted well to dry conditions in traditional rainfed cereal based farming system in Turkey. Due to extensive government support for the production of lentils in order to reduce large areas left annually to fallow, its acreage and production have sharply increased over the last two decades. Currently, lentil is grown on 517,000 ha land in dry areas and its production reached 380,000 t. However, long term national yield increased only marginally in consequence of unfavorable cultural practices, especially weed control.

Lentils because of their small stature do not grow tall and do not build up a protective canopy to prevent establishment of weeds. Therefore, lentils are poor competitors and good weed control is essential for successful production… Yield losses due to weeds in lentil of 40-80% have been reported.

Hand weeding is practiced in traditional production areas, but is impractical in the extensive production areas. Hand weeding is labor-intensive and therefore an expensive operation when done by hired labour and, if delayed, the operation does not prevent adverse effect of the weeds on crop yield. The use of appropriate herbicides can eliminate this early weed competition and prevent yield losses. It is therefore necessary that effective herbicides should be used to reduce unwanted competition.